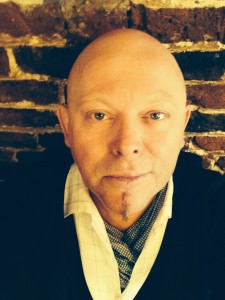 I am a therapist with 35 years of experience specialising in Traditional Oriental Medicine, currently working  between my practices in Barcelona, where I normally work the first week of the month, and Brighton, where I arrived in the summer of 2013.

My name is Marcus van Slageren, I am Dutch I have spent the last 20 years in Barcelona where I still have my own practice in Traditional Oriental Medicine.

Before that I have worked for more than 10 years with mentally handicapped people and in psychiatric institutes and intervention teams in Utrecht and Amsterdam (Holland) with individuals and families with often severe problems of alcoholism, violence, sexual abuse and drugs.

I graduated as a fully licensed Massage Therapist in 1989.

I started to become interested in the Oriental Approach already some years before, travelling through the far east, eventually working as a volunteer for Mother Theresa’s mission in Calcutta, India.

I returned to the far east after 4 years and when in China, studied with Profesor Li Guan Rong from the University of Chengdu, Sichuan.

In 1989 I graduated from ‘Hogere School voor Shiatsu Amsterdam’, where I became a teacher between 1990 and 1993. In 1987 I had met Kasunori Sasaki and studied with him for 5 years in ‘L’Academie Europeaine de IOKAI’ (Groningen, Brussels, Saint Gaudens), graduating in 1992. It was Sasaki who was Shiatsu master Masunaga’s closest collaborator for years and the one who brought Masunaga’s Zen-Shiatsu to Europe.

I was also lucky to meet Prof Heng, who had been head of the Department of Investigation in the University of Shanghai who had settled in Amsterdam. With Heng I studied the theoretical base of Chinese Traditional Medicine and pulse diagnose between 1991 and 1992.
I moved to Barcelona in 1993 and started to study acupuncture, graduating in 1997 from ‘C.E.NA.C.’ Academy in Barcelona, completing it with a year of clinical practice in CENAC’s clinic with Profesor Li Zhi Xin and his sister Li Ping in 1998.

During the last 25 years I have been working as a life coach, Shiatsu practitioner and teacher, Qi Kung trainer and Acupuncturist.

Currently I work between my Traditional Oriental Medicine practices in Brighton and Barcelona.

I am a member of the (U.K.) Acupuncture Society and fully insured.